The GATEAKT sanitation tunnel of NEW TECH SCIENTIFIC, a subsidiary of Tekne, scores another very important result: it is literally the first access to the largest Vaccinal Hub in Italy, installed in recent weeks in record time in the area long stop at Fiumicino Airport.
1500 square meters for 6 tensile structures, installed and operated by the Italian Red Cross for a capacity of 3000 daily vaccinations and state-of-the-art equipment, including our GATEAKT, under which the President of the Lazio Region Zingaretti was immortalized yesterday visiting the vaccination center.

The news did not go unnoticed, while we remember that our tunnel is now installed and in operation in numerous other prestigious environments such as the Altare della Patria in Rome, the Presidency of the Council of Ministers, the General Command of the Carabinieri, the General Inspectorate of Military Health of the Defense Staff, the Baracca Military Airport in Centocelle, the Military Academy of Modena, the Training Command and Army Application School in Rome, Naples, Turin and Milan, the headquarters of Confindustria in Chieti.

Some links:
On Italian Red Cross website (in the video there is GateAkt with Croce Rossa fit at 00.40!)
On ansa.it
On Repubblica.it
On roma.repubblica.it
On ilmessaggero.it
On ilfattoquotidiano.it
On romatoday.it 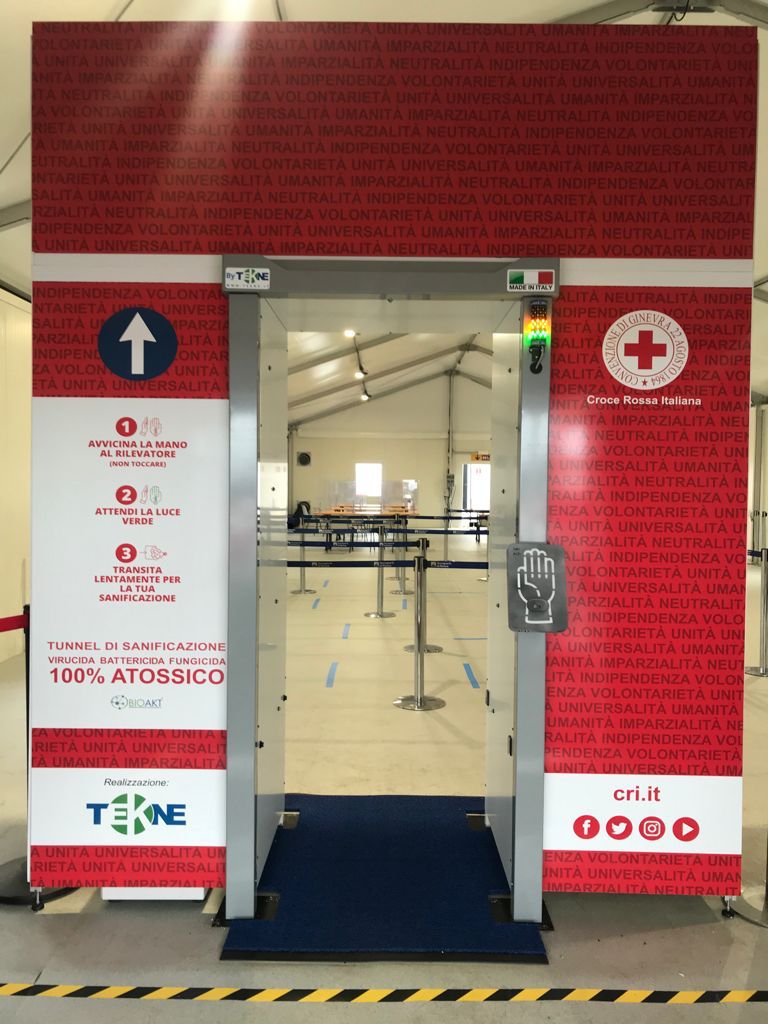 We have just been accredited as DPI-COVID-19 suppliers at Confindustria Italy. With the acquisition of shares in the NEW TECH SCIENTIFIC company, Tekne actively ...
GATEAKT under the spotlight again! The first 5 sanitizing tunnel of NEW TECH SCIENTIFIC, a company owned by TEKNE, are delivered in these days in Rome at the STATO ...